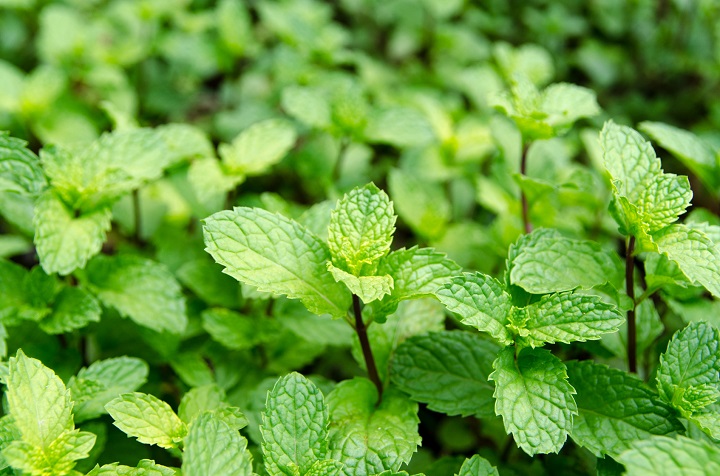 From Greek « minthe », peppermint derives its name from a nymph transformed in flower by Proserpine, a God from the Roman mythology. Originating from Middle-East, it became during Middle Age a medicinal plant, soothing, antiseptic, analgesic and anesthetic.

Peppermint is a perennial plant, spreading quickly in deep soil, humid and rich in humus. It stems are reddish, with squared section, and can reach between 30 to 90 centimeters high. It leaves, from 4 to 10 centimeters long, are green to purplish green, oval, serrated and opposed from the stem. The latter is covered by secretory hairs, in which volatiles aromatic compounds accumulate, giving it this typically pepper taste. Blooming goes from July to September. Small purple flowers constitute a cylindrical ear, at the plant termination.

Nowadays, peppermint is found as an aroma or a dye in the food-industry, but is also known and consumed, through the world, as a drink in tea. In cosmetic, the whole composition of mint leaves (tannins, flavonoids, hydroxycinnamic acids, vitamin C) gives her astringent, toning and refreshing properties.