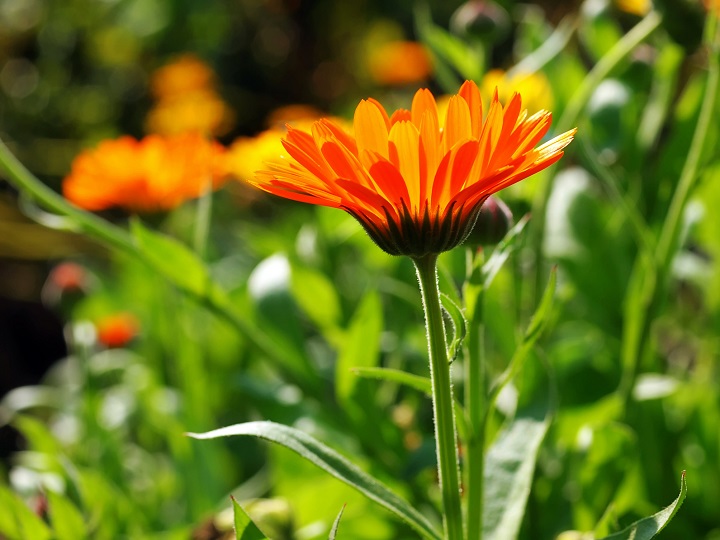 Coming from around the Mediterranean region, marigold was also called « the sun fiancée » or even « the concern of gardens”.  His name derives from solsequia, which, in Latin, means “the one following the sun”, due to the ability of the flowers to open and close, following  the sun movements. Known for its culinary virtues, medicals and tinctorials, marigold was also known to sooth every type of aches (insect bites, snake bite, conjunctivitis, fever,…).

Marigold is an herbaceous perennial plant from 40 to 70 centimeters high. Requiring little resources, the plant can be found in every region having mild climate. It has a deep taproot and green hairy leaves. Its stem, elongated and poorly branched, ends by a large flower, yellow to orange colored, whose disc can reach between 5 to 7 centimeters of diameter. Its flowering happens from June to November.

Nowadays, marigold is often appreciated for its softening and healing properties, and as a sure cure for small cutaneous problems. In cosmetic, it brings soothing and repairing properties, and improves microcirculation thanks to its composition in flavonoids, triterpenes glycosides and esters.